A few days ago, BI issued a new capital framework that will be effective as of 1 January 2014! The coming rule is a transposition from Basel III and aims to raise Indonesian banks’ quantity and quality of capital.

We have to appreciate the efforts to roll out the rule in time..

The introduction of the capital rule appears to be a non-event, however, since it has a couple of omissions or implementation choices that weaken the impacts of reforms intended by the capital accord i.e.: (a) to improve individual bank’s resilience and (b) to address systemic risks and procyclical amplification of these risks over time.

Most items omitted are understandable due to their limited relevance for the Indonesian banks e.g. the counterparty credit risk framework to capture derivative related exposures. Another omission regarding avoidance or reliance on external rating, however, might need to be taken on board next time.

The implementation choice to include interim profit without requiring appropriate review or verification procedures, and without deducting foreseeable pay-outs might be a missed opportunity to raise the quality of capital. Allowing banks to include surplus balance of the asset revaluation as additional tier one capital can also be improved by imposing haircuts or other conditions for example in term of saleability, say, within six months.

If the banking sector is so ready to adopt Basel III as often announced before, why not implement the good practice right away?

It means that when one was anticipating no compliance problem with the new capital standards, reference was made to the high average capital adequacy ratio in the industry (now between 17% - 18%). The reality is that solvency ratio of several banks stands far below the average and a more demanding capital regime might kill those banks without capital raising ability. 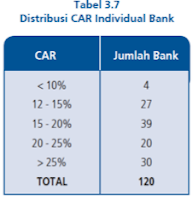 Given that larger banks are known to be capitalized around average, most vulnerable banks would be small in size, I would infer.

Therefore, it is remarkable that in the new capital rule, the capital conservation (cc) buffer provision will not apply to smaller banks (i.e. category “1” and “2”).

According to Basel III, the cc buffer ensures that banks, small and big, build up capital buffers outside periods of stress, which can be drawn down as losses are incurred. The framework imposes constraints on earning distributions on dividends and bonuses when banks’ capital levels fall within the cc buffer range. In my view, the cc buffer is also valuable to prevent pay-outs in the face of a debt overhang or at an early stage of crisis.

While all of the above-mentioned omissions and choices of implementation would not be characterized as material deviation, exempting smaller banks is inconsistent with the global standards.

That said, more important than the compliance issue is the need for better supervision on smaller banks, particularly those with a weak business model.
Regulatory forbearance is not the method to make them sustainable and healthy contributors to diversity and competition in the banking sector.

Conclusion
So how will the coming capital rule make a tangible impact for the whole banking sector? The answer is, it would unfortunately enhance neither quantity & quality of capital nor risk governance - at least until 2016 when some buffer requirements will start to be phased in.